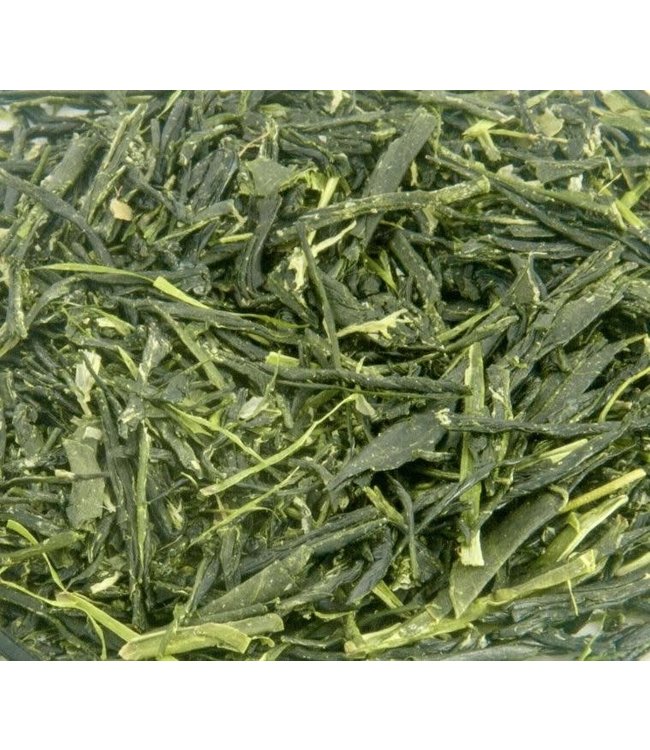 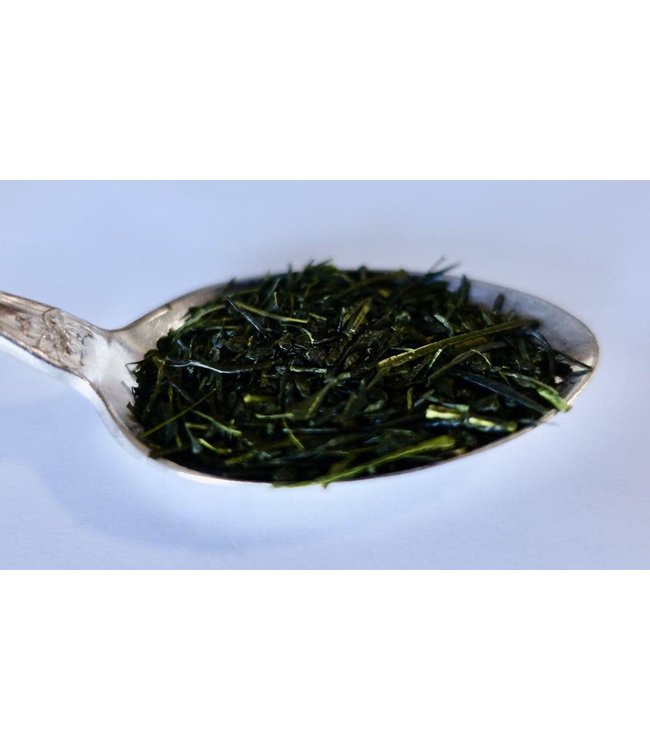 THIS INCREDIBLE FRESH GREEN TEA IS ON ITS WAY AGAIN: It's called ShinCha, meaning "new crop". This Japanese GREEN TEA is produced from only April 2022 1st harvest of SenCha leaves, grown in Shizuoka, about 90 miles southwest of Tokyo and under Mount Fuji. Read more..

Please call or email us for product availability

THIS EXTREMELY FRESH GREEN TEA IS AGAIN ON ITS WAY.  WE HAVE MORE FUN OFFERING THIS TEA, THAN MOST OTHERS.

This will be the third year we import this very special Japanese green tea.  It's called Shin Cha (新茶), which literally means "new tea".  It is the very first harvest of the year for SenCha green tea, which is also known as the first flush.

Shin Cha will be produced from only the freshest April 2022 1st harvest of SenCha leaves, and specifically grown in Shizuoka, about 90 miles southwest of Tokyo and not far from Mount Fuji. It has an average amount of caffeine for tea, which is about one third that of coffee.  After processing it will be flown to us, and we expect delivery mid-May.

The first pick of the year is considered by experts to be the best leaves. The tea plant stores up nutrients while dormant in the winter. As the first buds appear, a higher level of nutrients (amino acid L-theanine, vitamin C, and catechin antioxidants) are in the leaves than are found during the rest of the year. This makes a sweeter tea due to the L-theanine, and next to no astringency. It has a light-steam firing which has a much fresher, greener flavor and aroma than SenCha from the later spring and early summer harvests blend.

Unlike other teas, ShinCha is not put into storage. It is processed in very limited amounts and distributed quickly throughout Japan where it is used as a cultural (wellness) event. Fairly little of it exports from Japan, and this level of tea freshness is not commonly found in the United States. ShinCha is considered by its fans to be more intense in flavor and fragrance than regular SenCha. Some prefer to decrease the brew time, or the amount of leaf used, than what they are used to brewing with SenCha.

Our brewing recommendation is 1 level teaspoon (about 3 grams or 1/10 oz) for every 8 oz of only 175°F fresh water. Steep for 1-2 minutes or to desired taste. A second and third infusion of the same leaves (or more) is possible by increasing steep time 30 seconds each time. Japanese tea is especially enjoyed as a “true cold-brew", by brewing for at least 10-15 minutes with very cold water, or even over an hour with melting ice. See our video in YouTube here.

THIS INCREDIBLE FRESH GREEN TEA IS ON ITS WAY AGAIN: It's called ShinCha, meaning "new crop". This J..