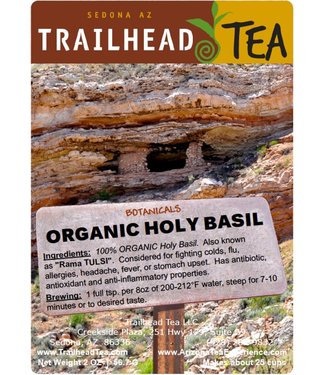 HOLY BASIL is a nickname for Tulsi. Considered for fighting colds, allergies, he..
$16.00
BACK IN STOCK 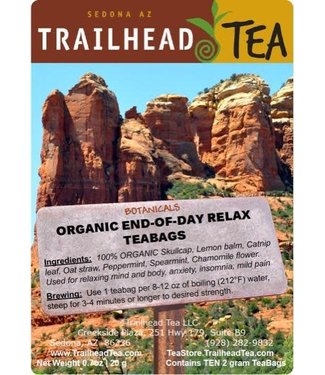 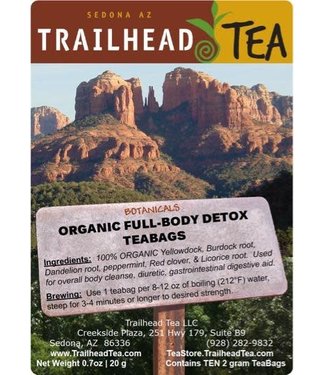 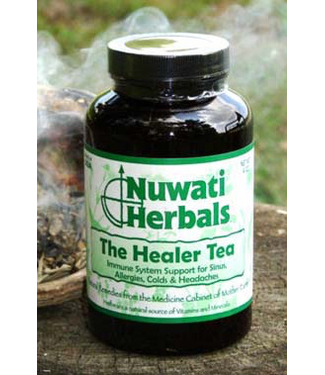 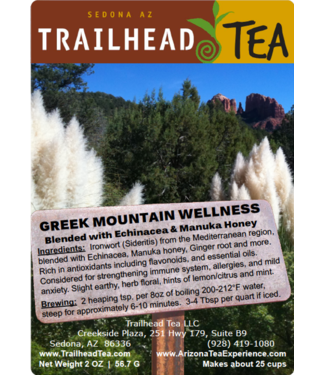 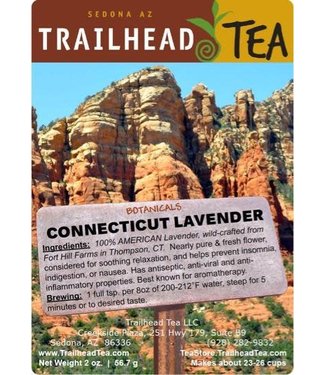 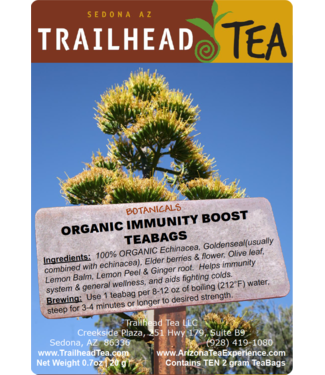 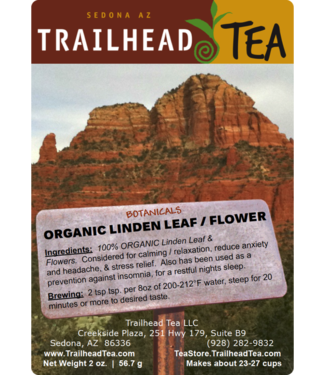 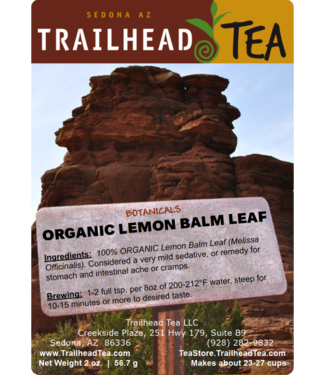 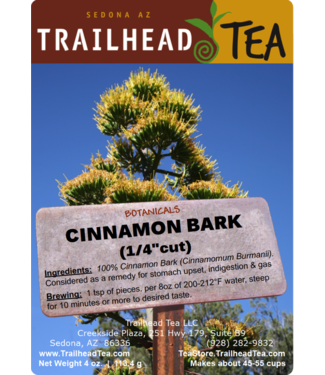 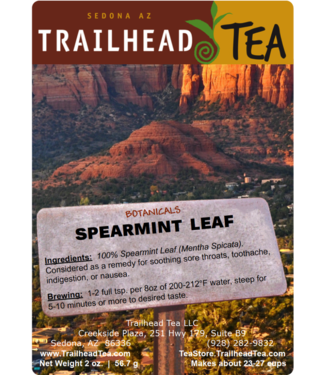 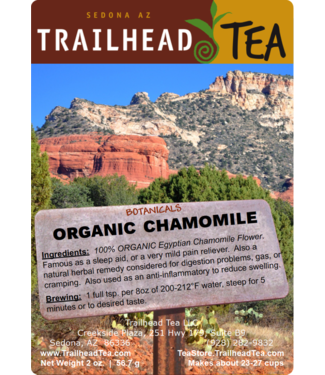 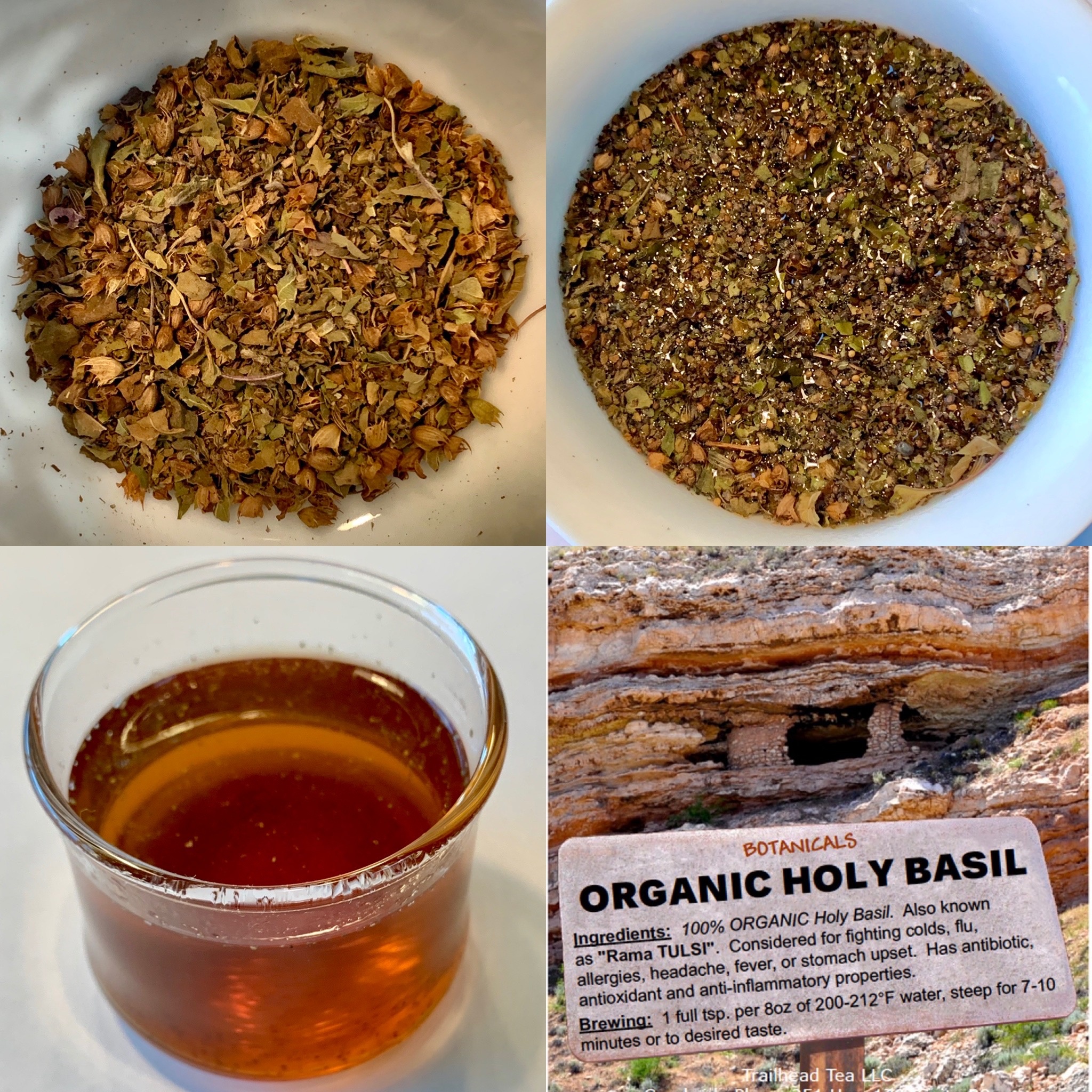 Herbal infusions are usually caffeine-free blends that do not contain any real tea, yet are brewed (or steeped, or infused) like tea. They may be served hot or cold like tea. Herbals can be made of many diverse materials like:  Leaves, Roots, Flowers, Herbs, Fruits, Grass, Nuts, Seeds, Peels, Spices, and Stems or Bark. If the brewed material is derived from a single plant, it is usually considered a botanical. There are a couple of herbal exceptions that ARE caffeinated, like Mate' and Guayusa.  Many, if not most herbals (again, like true tea) are known for one or more healthy properties.

ROOIBOS: Considered a caffeine-free alternative to decaf tea, Rooibos (Roy-boss) is like tea in many ways. A shrub with thin leaves, actually more like a needle. Most of the world’s rooibos is harvested from the Cederberg mountains, South Africa, and nowadays much of it is organic. Many people refer to rooibos as "red tea", although originally red tea was considered the black tea from Yunnan Province in China. Most rooibos is collected by machine that purposely bruises the needle to encourage oxidation, giving it a reddish color and toasty, earthy, almost tobacco aroma and taste. Rooibos that is not distressed and oxidized is called green, and has a lighter and milder taste. Trailhead Tea offers a few variations of both oxidized and green. Rooibos is high in antioxidants, but not as rich as true tea.  Rooibos is lower in tannins than tea.

PEPPERMINT & SPEARMINT:  Leaves used for their minty or menthol, cool and refreshing aroma and taste.  Both are also considered relaxing, and therefore often used succesfully as a remedy for headache, toothache, indigestion, or nausea.  Spearmint tends to taste a little sweeter than peppermint. Both peppermint and spearmint from Trailhead Tea is sourced in the U.S.

CHAMOMILE: The flower and pollen that is the most traditional calming or sleep time herbal. Some of the best is harvested in Egypt (offered from Trailhead Tea) and Croatia. It has a floral, slightly sweet, almost apple aroma and taste. It is also considered a very mild sedative for minor aches and pains.

LINDEN: The leaf & flower combination that is considered even more calming than chamomile. Often taken for reduced anxiety and stress relief.  It is high in antioxidants and assists with inflamation and pain relief. The best is harvested in Croatia (offered from Trailhead Tea). It has a neutral and herbaceous aroma and taste.

LAVENDER: The flower petals associated with soothing relaxation (aroma therapy), insomnia, indigestion, or nausea. Trailhead Tea’s lavender is harvested from a private farm in Connecticut, where it is considered wild (never watered or treated).

HOLY BASIL or TULSI:  Leaves from a plant found in southern Asia, but mostly from India, where it is considered a goddess that took the form of the plant that has many healing capabilities. Holy Basil is a nickname for Tulsi.  Considered for fighting colds, allergies, headache and stomach upset, it has a flavor similar to very mild black pepper.  It is considered an adaptogen, due to its ability to modify glucose regulation in the blood, but should never be a replacement for diabetes medication. Trailhead Tea offers the Rama version, which is a milder, mellower, but still herbaceous choice of the three Tulsi varieties. People will often blend tulsi with their black tea in order to get a combined effect. Tulsi coincidentally is our Tea-Of-The-Month.

FRUITS:  (Apple, Blueberry, Raspberry, Strawberry, Rosehips, etc): Dried pieces and extracts are used for their naturally slightly sweet taste and aroma when brewed by themselves, or blended with other ingredients. Many fruits are also heathy with vitamins and minerals. The fruit of the rose plant called rosehips, is typically sweet, slightly bitter and floral, and is an outstanding source of Vitamin C.

PEELS:  Examples like orange, lemon, and lime, of some blending elements where most people utilize the peel or zest, rather than the inner fruit

ROOTS:  Turmeric, ginger, and licorice are the best examples of roots or rhizomes most desired for herbal blends, including at Trailhead Tea.  Turmeric and ginger roots are especially used for high antioxidants and anti-inflammatory capabilities. Licorice is fairly sweet, star anise-like in taste and aroma, and very soothing to the throat. Adding a small amount of licorice to a tea blend adds a sweet taste without calories. Typical sources are from India, China, and Turkey

SEEDS: Cardamom, star anise, rice are not usually brewed by themselves, but rather, they’re important ingredients in blending and flavoring.

LEMON GRASS: This plant is a sweetly scented grass, growing up to five feet tall, much of it in Thailand.  Very aromatic lemon-like aroma, with a slightly sweet lemon taste, also used in Thai cooking.

CINNAMON:  A highly used spice that originates from the inner bark of the cinnamon tree. It can be brewed alone (for stomach upset, indigestion, and gas), but it is mostly used in blends for it’s slightly hot spiciness and sweetness. Trailhead Tea uses bark that is sourced from Korintje Indonesia.

ALMONDS: An example of Nuts used to blend and flavor in conjunction with other herbal ingredients.  When they’re cooked or steeped, nuts give a sweet taste to the tea.

MATE’ : Leaves from a shrub which can grow to a tall tree, mate’ (pronounced MAH-tay) is caffeine-rich.  Found in South America, and especially Argentina, mate’ or yerba mate’ is the typical and enormously popular tea of many South American nations. It is traditionally infused in a dried gourd and consumed through a metal straw called a bombilla. It is a pick-me-up with a herbaceous and slight smoky aroma and taste.