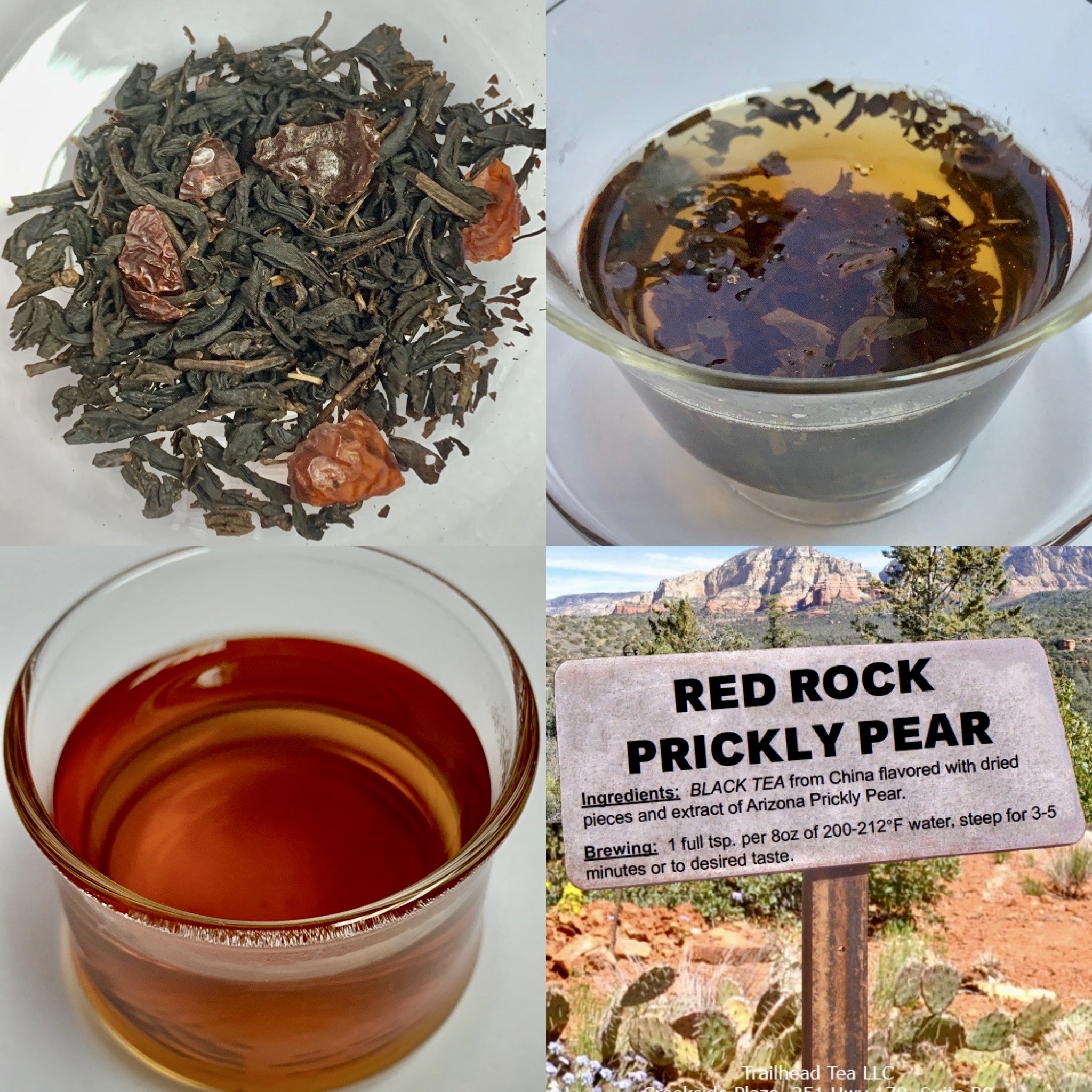 How is BLACK TEA different?  Black tea is a variety of tea that is fully oxidized, and therefore more oxidized than the oolong, green, or white varieties. All four varieties are made from leaves of Camellia Sinensis, but black tea is generally stronger in flavor and contains a little more caffeine than the less oxidized teas (mainly because it is brewed with hotter water), but still much lower than coffee.  According to teausa.com, in 2019, black tea accounted for almost 85% of all tea consumed in the U.S.
In Chinese languages and neighboring countries, black tea is known as "red tea", a description of the color of the liquid; the term "black tea" refers to the color of the oxidized leaves. In China, "black tea" is the commonly used classification for post-fermented teas, such as Puer tea. While delicate green tea usually begins to lose its flavor within a year or two, black tea generally retains its flavor for several years.
India has been a major exporter of black tea since the British East Indian Company’s development of the tea industry in the early 1820’s, particularly the Assam, Nilgiri and Darjeeling districts, and rapid expansion in the 1850’s.  The island of Sri Lanka, previously known as Ceylon, was a coffee-producing country in the 1800’s until coffee failed due to a fungus and then tea was developed there. In 1995, Sri Lanka accounted for 23% of the total world export, but is now surpassed by Kenya. China may produce much more but it also consumes tea within China, and does not export like Sri Lanka.
Black teas produced in Indian and Sri Lanka tend to have bold and powerful taste profiles, as compared to China black teas which are generally softer and smoother.
Choosing between “orthodox” or flavored BLACK TEA?  Flavored or scented black teas have one or more blended ingredients included that modifies the taste and aroma (and sometimes appearance). Since black tea isdarker and more robust in flavor, the flavorings blended with white tea also tend to be a little stronger. As a general rule, “orthodox” natural unflavored/unscented tea is usually a higher quality choice since the taste/aroma/appearance must stand on its own (but there are exceptions). Another definition when referring to orthodox tea: tea that is processed in the traditional and complex manner that includes hand plucking, withering, roiling, oxidation, and firing. The opposite of orthodox is CTC (crush, tear, curl) which is a modern mechanized way of producing large volumes of lower quality tea.
How to make BLACK TEA properly? The true aroma, taste, and quality of black tea can be enjoyed through correct brewing. Many tea types have their own unique flavor that prefers a unique way of brewing. Black tea brewing in the U.S. has longer infusion times (compared to oolong or green tea), typically 3 to even 5 minutes.  Black tea brews best, extracting the most flavor, when higher temperature water is used, typically between 200°F to 212°F boiling.
How is BLACK TEA healthy? Green tea gets most of the press, but black tea is also healthy due to some of the same essential components found in other tea classifications: Tannins, Epigallocatechin Gallate and Other Catechins, Theaflavins (TFs), Thearubigins (TRs), and Antioxidants.

Andrea Hodges
Here's another topic for an article that we've always wondered about:
If you brew multiple brews off the same leaves (like 3) do you get all the health value in each cup? Or does it reduce?
Andrea Hodges
We're really big fans of black tea, and all tea! I'm very curious where you got your research for the tea health claims, because I've seen some for green tea, but not so many for black. Please list links? Thanks Dan & Eileen