Home/Oor Favorite Story From All The Legends Behind Oolong Tea - Explains how some oolongs are made/Trailhead Tea Sedona, AZ Blog 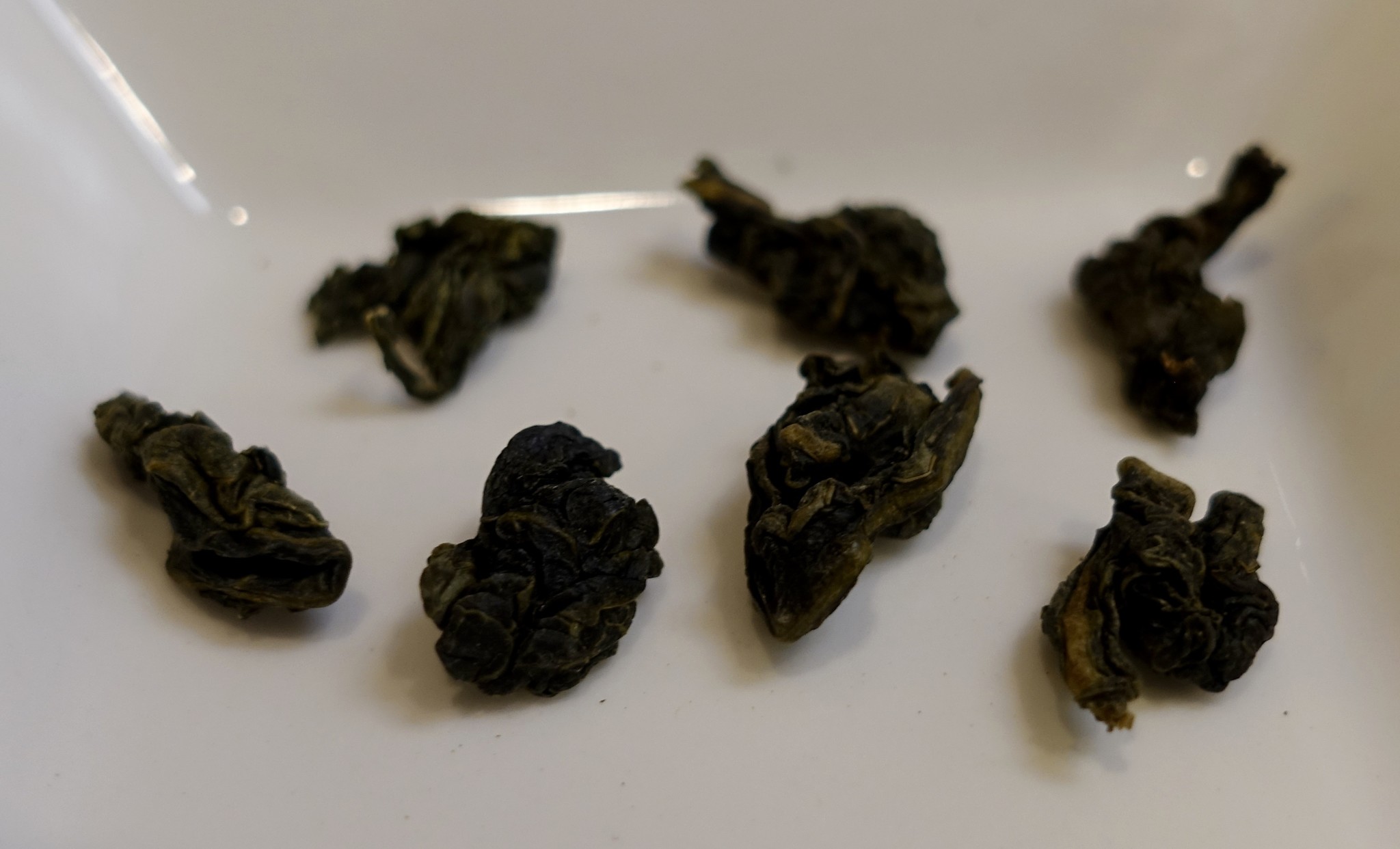 There are a host of stories as to how oolong tea, or Wulong, got its name. Pictured here are the rolled leaves of Cream Ooolong, which is an unusually flavored, higher-end, "Tie Guan Yin" (Iron Goddess of Mercy) oolong. Some say the shape reminds them of black dragons.

In some stories, a tea farmer working on the harvest was frightened by a black dragon and fled the field leaving the picked tea leaves in the basket. In another folklore tale, the tea farmer has a name, Sulong, and it’s during the reign of Emperor Yongzheng of the Qing Dynasty. Sulong was a tea farmer and hunting expert in Nanyan Village of Anxi County in Fujian province. He was strong and tanned, so his nickname was Black Dragon. (Apparently a story is more believable and harder to dispute when there are more specific details).

Our favorite legend by far has a young boy nicknamed Black Dragon. He goes out every day intending to pick tea with his brothers and sisters, but he always gets distracted and wanders away, finding a quiet place in the sun to lie down and have a nice nap. He almost never brought home his quota of tea leaves and was considered very lazy. He got his nickname Black Dragon from having become very tanned while having his naps. In Black Dragon’s village, the people had been making tea in their way for a very long time. They had picked, pan fried, shaped and oxidized the tea in the same way for many years. But it was just "OK tea”.

One day, Black Dragon’s father sternly told him today was his last chance. He had better bring back a full basket of tea leaves or he would be disowned and would have to leave his father’s house. So Black Dragon worked hard all morning and afternoon filling his basket to the top. But since he had worked so hard he was very tired and he could not resist a short sit-down for just a little nap. When Black Dragon finally awoke it was very dark. Night had come while he slept and the moon was up. He grabbed the basket of tea, slung it on his back and ran as fast as he could back to his father’s house. The leaves were bouncing up and down shaking strongly and nearly falling out of the basket as he ran for almost an hour. When he finally returned home, his father would not speak to him and he went to bed with no dinner. In fact, everyone went to bed and completely forgot to process the leaves.

Black Dragon was so sad, his father refused to speak to him for two days and nights. On the third day his father was waiting outside his room when he woke up. His father told him then that the tea he had picked two days earlier was definitely the best that anyone in the village had ever tasted. Everyone wanted to know specifically what had happened to the tea that day. It turns out that all the running and shaking had distressed the tea leaves, turning the edges of the leaves red, and that’s why they tasted so good. So, from then on, all the people in the village would shake the tea leaves. The elders in the village were so happy that they named the new tea ‘Oolong’ which means 'Black Dragon’ in Chinese.