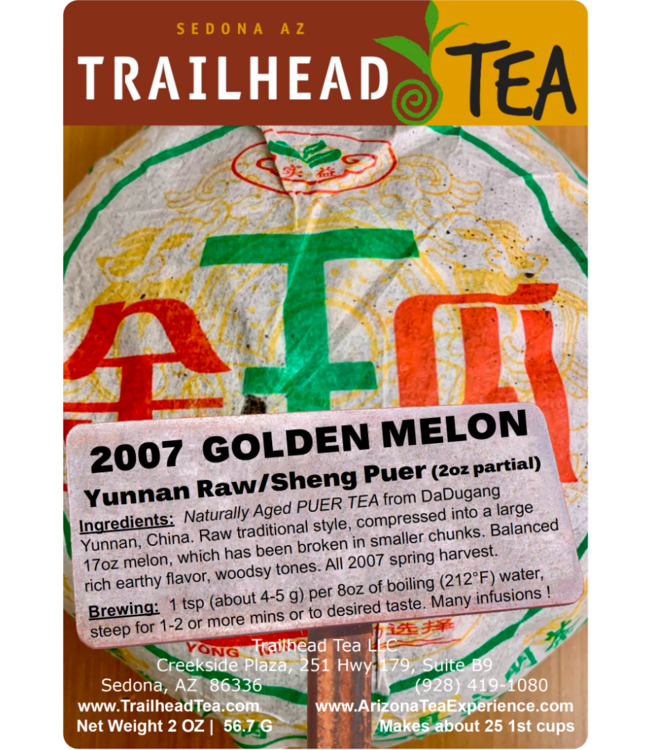 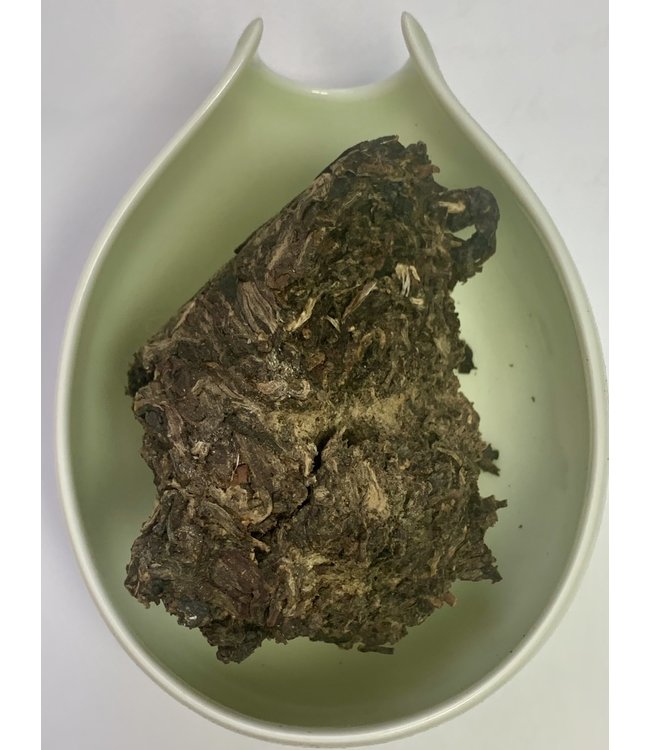 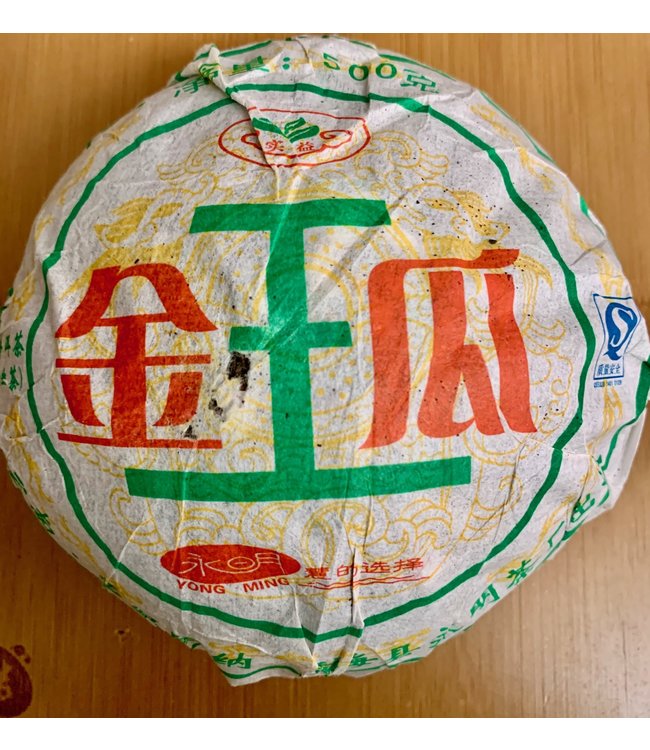 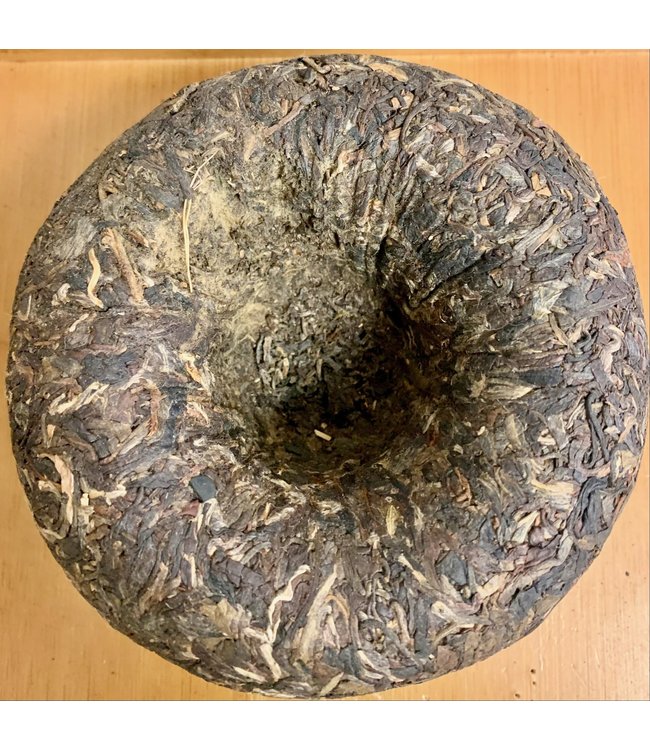 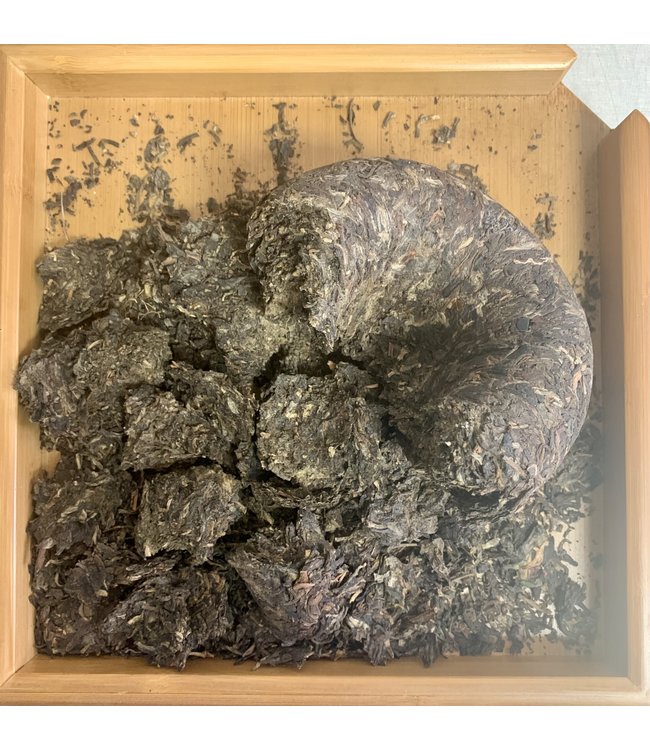 A two ounce portion AGED RAW/SHENG PUER that was dry-stored at the factory in XiShuangBaNa, Yunnan Province. Aged under controlled conditions for the first 10 years. Now after 15 years, it has a strong, real aged taste with much complexity and character. Read more..

2007 DaDuGang Raw Puer - from Trailhead Tea, Sedona, Arizona
A two ounce portionAGED RAW/SHENG PUER "Jin Gua" (or the famous Golden Melon shape) that was dry-stored at the factory in XiShuangBaNa Prefecture, Yunnan Province, China since 2007, before we purchased there in 2018. Wonderfully aged under controlled environmental conditions for the first 10 years. Now after 15 years, it has a strong, real aged taste with much complexity and character. Extremely smooth, earthy and rich as would be expected from the age.

The DaDuGang Tea Factory and tea gardens are some of the largest and most beautiful in China, built in the 1940's, is found near the old city of Dali in the Yunnan Province of China, where the TuoCha is originally made. Tightly compressing puer in the shape of a small bowl or birds nest was developed for easier transport and trading.

We were able to acquire a few items from DaDuGang when we visited the factory and tea gardens in October 2018. We were not allowed to enter the main part of the factory, since the viewing of puer production with the most prominent producers is off limits to foreigners, and considered a state secret. We were able to see and participate with puer production in smaller settings within Yunnan Province.
MODERATELY to HIGHLY CAFFEINATED (approx 30 to 50% of the caffeine as coffee)
AVAILABLE AS: 2 OZ Package with whole chunks of compressed tea and broken portions of the original 500 gram (17 ounce) Golden Melon, which yields approximately 25 first cups.
BREWING: One broken piece and/or loose the size of a teaspoon (about 3-4 grams) for every 8 oz of boiling 200-212°F fresh water.  Steep for 1-2 minutes or to desired taste.  Can re-infuse up to 10 times by adding 15-30 seconds to each additional infusion.
Trailhead Tea:   Sedona & Northern Arizona's Full-Leaf Tea Department Store

A two ounce portion AGED RAW/SHENG PUER that was dry-stored at the factory in XiShuangBaNa, Yunnan P..